WHAT EXACTLY ARE YOU THINKING AND SAYING? (The NLP Meta Model)

Sometimes we do not actually really think about what other people are saying to us, and, possibly even more potentially destructive, what we are actually saying to ourselves.

This blog aims to clarify our thinking and language patterns through the NLP Meta Model. The Meta Model was developed by NLP founder, Richard Bandler. The examples given below are modified from O’Connor and Seymour’s ‘Introducing NLP’.

The NLP Meta Model is a series of questions that enable us to look more closely at the language being used by ourselves and others. These questions seek to reverse and unravel the deletions and distortions and generalisations of language. They aim to fill in the missing information, reshape the structure, and elicit specific information to allow us to make sense of the communication going on within and around us..

It is worth bearing in mind that none of the following patterns are good or bad in themselves. It depends on the context in which they are used and the consequences of using them.

A basic understanding of what is at stake here can lead to us be more positive, happy and aware individuals, and, just as important, to improve our relationships with, and understanding of, others.

The seven year old girl, Lara, fell over a cushion in the living room and bruised her right hand on a wooden chair

The child had an accident

(Which has the full information?).

So when you hear the sentence, ‘The house was built,’ you can ask for the missing information, ‘Who built the house?’

Other examples where the noun is not specified are:

‘The neighbourhood has been ruined’   ‘Who ruined it?’

‘If people leave chocolate around, people eat it’   ‘Which people?’

Unspecified nouns are clarified by asking: ‘Who or what specifically….’

Sometimes a verb will not be specified:

‘He travelled to Paris’

‘I am trying to remember it’

‘Go and learn this for next week’

Unspecified verbs are clarified by asking: ‘How specifically……’

I handled that badly

Comparisons are clarified by asking: ‘Compared with what…?’

‘Obviously the man is an ideal candidate’. To whom is it obvious?

Judgements are identified by asking: ‘Who is making this judgement, and on what grounds are they making it?

Nominalisations are words that cannot be put into a wheelbarrow. They cause no trouble as long as you do not think that they actually exist…

Teaching and discipline, applied with respect and firmness are essentials in the process of education. (Words in italics are all nominalisations)

Education – Who is educating whom? What is the educational knowledge that is passing between them?

Respect – Who is respecting who and how  are they doing their respect?

Memory – What does it mean to say that you have bad memory? To find out you might ask what specific information you have trouble memorising, and how you go about memorising it?

Disease – How actually are you at dis –ease.

A nominalization is clarified by turning it into a verb and asking for the missing information: Who is nominalising about what and how are they doing it?’

Indicated by words such as ‘can/cannot’, ‘possible/impossible’

These are rules for conduct beyond which we believe we cannot or must not go.

Modal Operators of Possibility – ‘I can’t’ – are clarified by asking: ‘What would happen if you did…?’ or ‘What prevents you…?’

‘I must always put other people first’ What would happen if you did not?’

‘I must not talk in class?’ ‘What would happen if you did?’

‘You shouldn’t talk to those people?’ ‘What would happen if you did?’

‘You must washs your hands before meals?’ ‘What would happen if you did not?’

Modal operators of necessity – ‘I mustn’t/ I have to’ – are clarified by asking: ‘What would happen if you did/didn’t….?’

A generalisation is when one example is taken as representative of a number of different possibilities.

‘I think computers are a waste of time’

Universal quantifiers are questioned by asking for a counter example: ‘Has there ever been a time when…?’ ‘Can you think of any instance when this has not been true?’

A Complex Equivalent is when two statements are linked in such a way that they are taken to mean the same thing.

‘You are not smiling….you are not enjoying yourself’

‘If you do not look at me while I am talking to you, then you are not paying attention’

Complex Equivalents can be questioned by asking: ‘How does this mean that?’

Basic assumptions that limit choice may need to be brought out in the open. They are often disguised as ‘why’ questions.

‘Why can’t you look after me properly?’ presupposes that you do not look after the person properly. If you attempt to answer the question directly you are lost before you begin.

‘Are you going to wear your red or green pyjamas to go to bed?’ is an example of the trick of offering choice in one area, only if the more important presupposition is accepted, in this case, going to bed. It can be challenged by asking: ‘What leads you to believe I am going to bed’

‘You are not going to tell me another lie?’ (You have told me a lie already)

‘You are as stupid as your father’ (Your father is stupid)

‘My dog has a cockney accent’ (My dog can talk)

Presuppositions can be brought into the open by asking: ‘What leads you to believe that….?’, and filling in the presupposition.

‘You make me feel bad. I just can’t help it’

‘You bore me’. )(You make me feel bored). The English language encourages thinking in terms of cause and effect. Yet one person does not have direct control over another person’s emotional state.

A person is mind reading when he presumes to know, without direct evidence, what another is thinking or feeling.

(1)    A person presumes to know what another is thinking:

‘Chris is depressed’ (It might be more useful to say ‘Chris is looking down to his right, his face muscles are slack, and his breathing is shallow. The corners of his mouth are turned down and his shoulders are slumped’

‘He was angry but he wouldn’t admit it’

(2)    Gives other people the power to read your mind

Mind Reading is clarified by asking: ‘How exactly do you know…?’

Time for a change?

“Do you have problems? Are you anxious, depressed, overweight, feeling bad about yourself, out of control, victim to your bad habits, or simply just can't cope with life at present? My passion - with expertise built up over 20 years of practice - is to help people just like you. Why not CALL 01206 323 089 or Email me on hughhyp@hotmail.com now?” - Hugh Clover 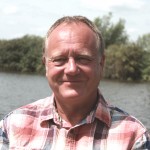 You can phone Hugh on 01206 323 089 or email hughhyp@hotmail.com using the Contact Form and he'll be in touch with you soon. 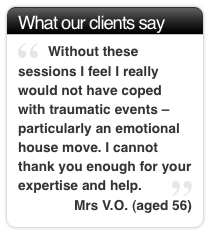 Articles on Hypnotherapy written by Hugh 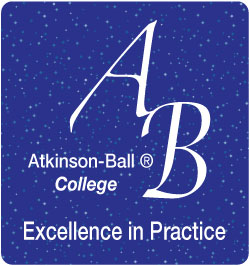 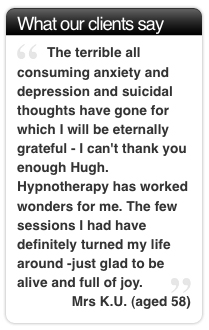 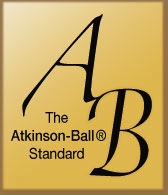